Save the beautiful River Frome Path 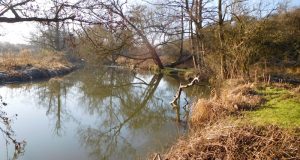 standing informal path beside the river between Wallbridge and Adderwell in Frome is threatened by a private development which will block a crucial section. END_OF_DOCUMENT_TOKEN_TO_BE_REPLACED

The British assault on the small Flemish town of Loos on 25 September 1915 was one of the least glamorous episodes of the First World War. It is notorious for the first use of poison gas by the British. In fact the gas drifted back and some of the world’s first casualties of chemical warfare were thus British troops. A shortage of ammunition for the artillery bombardment meant that the infantry advance was a bloodbath.  By the end of the first day, of 10,000 British soldiers who attacked German defences over 8,000 were dead or wounded.   Three weeks of futile attack and counter-attack followed without an inch of ground gained. On 16 October a German sniper got his chance and shot a twenty-year-old British Captain through the head. In his knapsack 37 poems were found.  His name, Charles Sorley. END_OF_DOCUMENT_TOKEN_TO_BE_REPLACED

We need a word

eaders stated that they are willing to enter into dialogue with the government.” Author unknown but quoted in an hundred EFL textbooks

A dialogue group at University of Winchester

The Three Faiths Forum is an admirable organisation which has done much to improve inter-religious relations in London. It has also committed a crime, at least to my ears, in coining the word “trialogue” to describe a conversational process between Jews, Christians and Muslims. Not only have they fashioned an ugly neologism but they have reinforced a widespread misperception that dialogue is an exchange between two sides. If the word “dialogue” had a Latin root this might be understandable, but we must go back to the Greek διᾰ́λογος to find its literal meaning: “through words”. END_OF_DOCUMENT_TOKEN_TO_BE_REPLACED